If you’ve ever heard of Cornwall, or visited this delightful part of the UK then I’m fairly sure you will have heard mentions of the famous Cornish Pasty. Today, the pasty is the food most associated with Cornwall and is regarded as the national dish accounting for 6% of the Cornish food economy.

Pasties with many different fillings are made and some shops specialise in selling all sorts of pasties however the traditional variety of which is particularly associated with Cornwall is made by placing an uncooked filling, typically meat and vegetables, on one half of a flat shortcrust pastry circle, folding the pastry in half to wrap the filling in a semicircle and crimping the curved edge to form a seal before baking.

As an individual with both a Gluten and Dairy intolerance, linked to my PCOS condition, I have spent previous visits to the wonderful Cornish town of St Ives being absolutely gutted that I couldn’t partake in the deliciously tempting Cornish Pasty. That was however, until our most recent visit when I was adamant I would find a GF alternative! And as you can probably tell from the picture above, I was feeling rather chuffed with myself for having succeeded in that challenge! 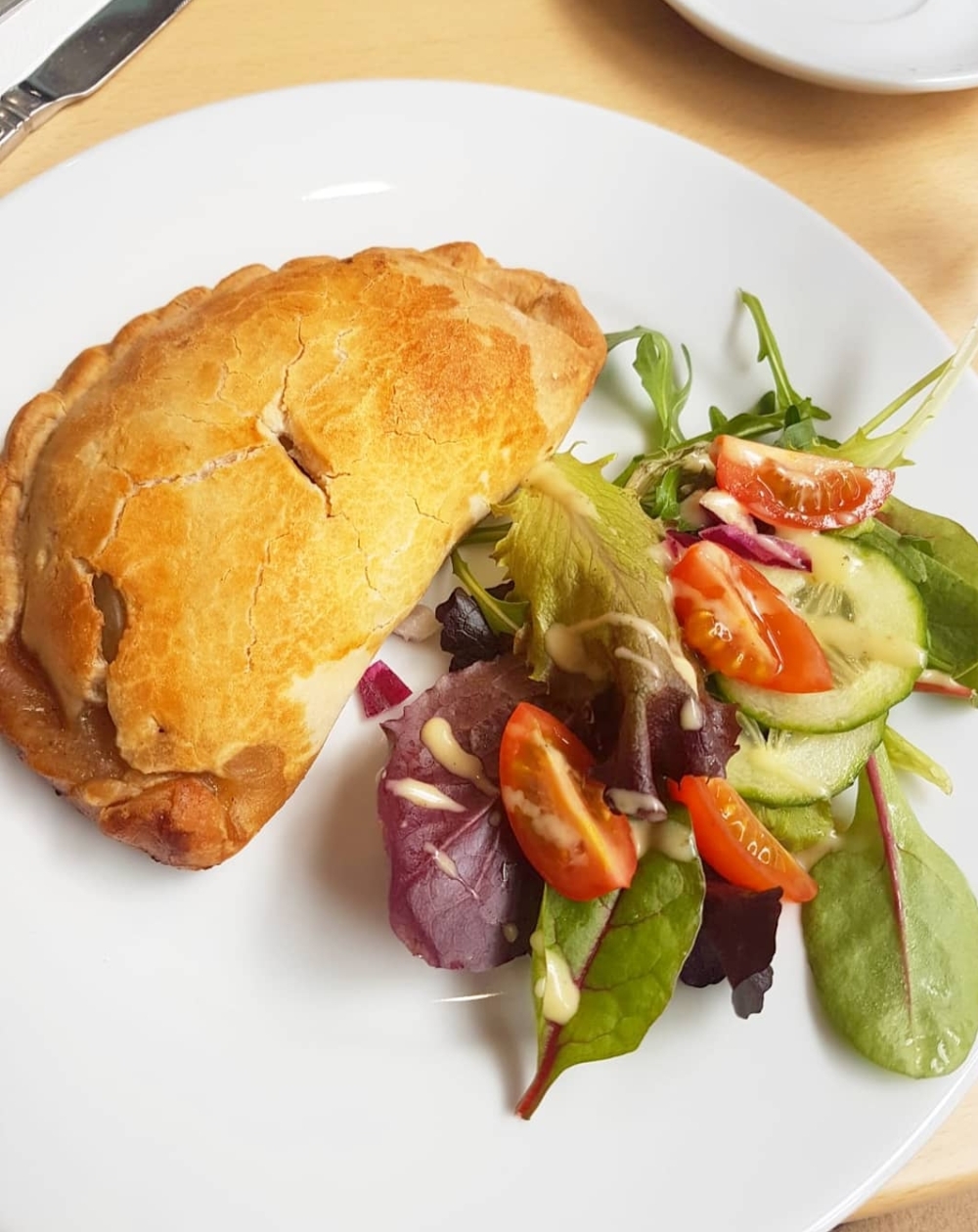 This place was a little haven amongst the colorfully and whimsical  independent art galleries, bookstores, craft shops and fashion boutiques and Cornish produce outlets. Along most of the streets in St Ives town you will come across numerous bakeries offering an array of Pasties and other freshly baked treats but until this point none were offering a GF alternative. That was until we cam upon the Market Place Tea Rooms.

It was everything I hoped it would be, in fact I was so excited to have a bite of my very first Pasty in Cornwall that my poor gums got the brunt of it, I was warned. The blister was totally worth it by the way. Freshly baked, wonderful taste and most importantly my stomach thanked me for it, no issue what so ever! 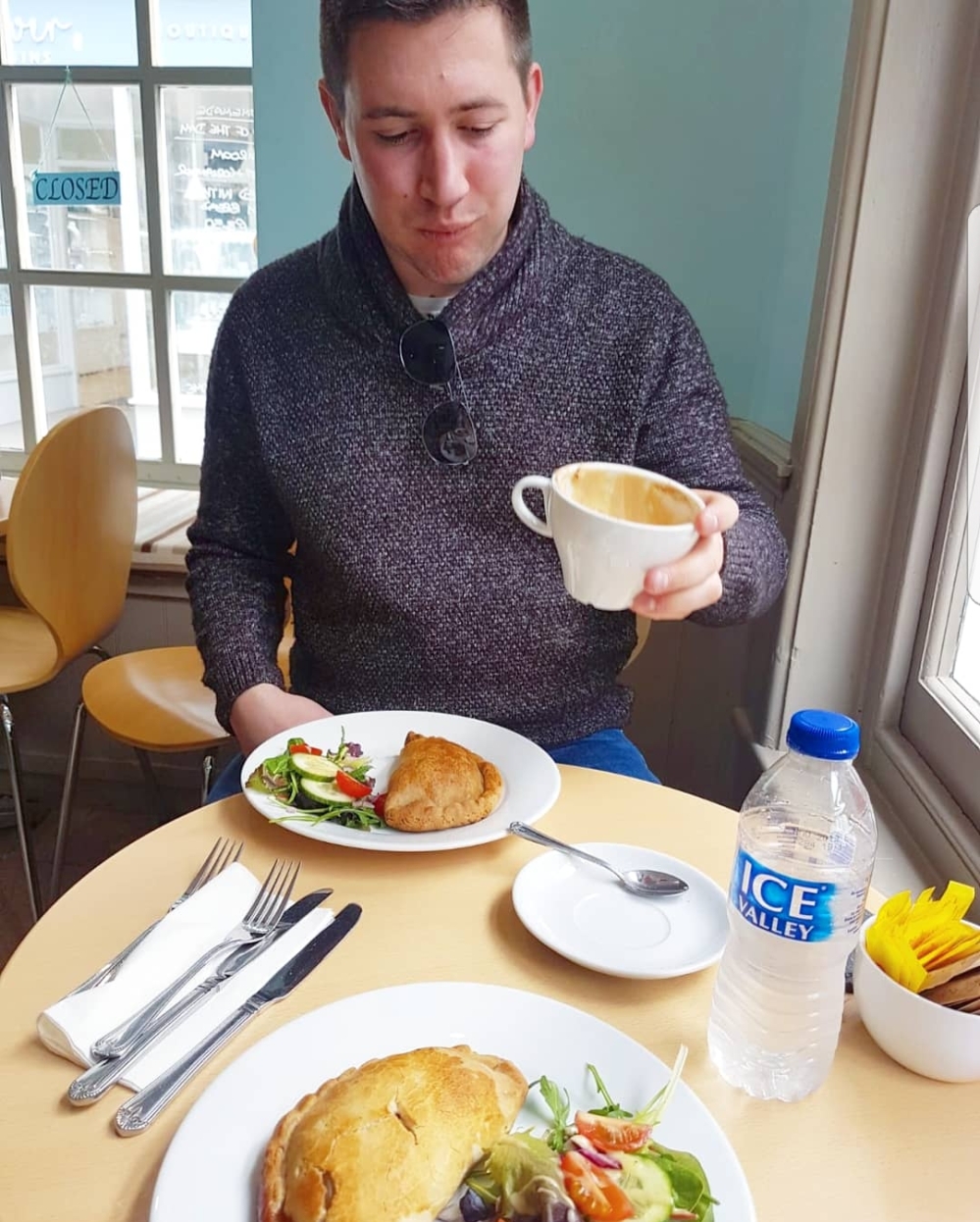 Richard, not having the same dietary issues as myself  has experienced both the traditional and now GF version of the Cornish Pasty and was very happy with the taste outcome, he also particularly enjoyed the Cappuccinos on offer and had a couple of those during our visit.

Another notable thing about this quaint little cosey cafe, was that they offered a great variety of baked vegan/GF/DF cakes and treats, to which I helped myself to a GF bake well slice for the 5 hr journey home. Unsurprisingly I wolfed that down in transit before thinking to capture a snap! Another I would highly recommend.

All in all I would highly recommend visiting this wonderful Cornish Cafe and I fully intend to revisit during any/all of our future stays! I can’t wait to treat myself to another GF Pasty in the future and to get trying their GF afternoon teas and GF scones! Served in the correct Cornish way of course, jam and then clotted cream in case you were wondering!